You know how it is. One thing led to another and a casual conversation turned inspiration to map the future of all the characters in Jez Butterworth’s Mojo. Thanks to revstan and @emst for contributions and ill-judged encouragement.

Without permission and with sincere apologies to Jez Butterworth. References to the 2013 production at the Harold Pinter theatre, directed by Ian Rickson.

SPOILERS for the play. I mean it. END_OF_DOCUMENT_TOKEN_TO_BE_REPLACED 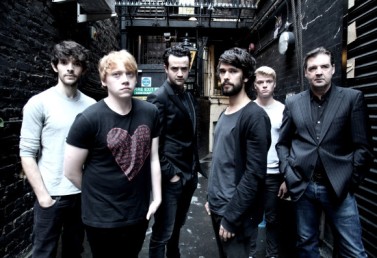 Despite seeing a rehearsed reading of Jez Butterworth’s Mojo in 2006, I didn’t remember much about it before going to see Ian Rickson’s production at the Harold Pinter theatre. Which is just as well, because discovering it in this vibrant full blooded (and occasionally bloodied) production was a real pleasure. Trying to untangle its secrets and pulling at its different threads (its plot, its aesthetic, its language) is a game best enjoyed in the dark. Its backdrop, a 1950s Soho club after hours, is the perfect setting for such an enterprise.

The play, a naturalistic look at the dark heart of the Soho underworld, all wrapped as a base under siege story and a battle for succession, is sprinkled with a touch of Tarantino and is a maze hiding hope and trepidation. The language is full of riffs going further and further until you tense with fear they will drag you off the cliff. Its humour is chewed at the edges, equally funny and scary. Early on, the thumping of the music synchronises with the thumping of hearts. Thrills and fear become indistinguishable. END_OF_DOCUMENT_TOKEN_TO_BE_REPLACED