Yesterday, it was the last performance of Antony and Cleopatra at Shakespeare’s Globe and Duncan (Shakespeare aficionado extraordinaire) captured this beautiful photo at the curtain call: Eve Best throws a rose to the audience, while Clive Wood kneels at the background and the rest of the cast looks on. 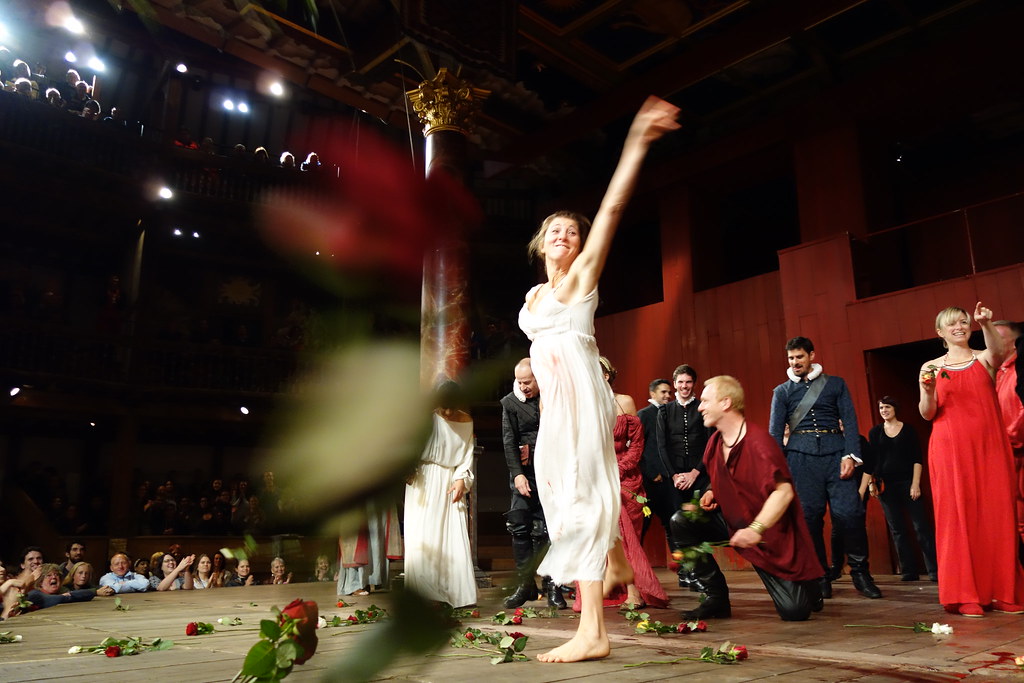 The composition is perfect and the post performance energy – especially the exuberance of the last performance – is sharply  distilled.

Duncan’s other photos (most of them around Shakespearean performance) are beautiful too, and he writes a mean Shakespearean blog (mean as in excellent, not as in unkind!) 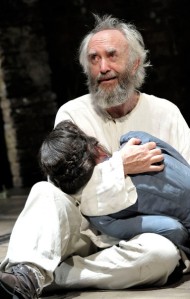 If you are a regular theatregoer, you quickly find out you are never too far away from a new Hamlet or King Lear. And as much as I initially resist buying a ticket, more often than not I succumb to the temptation of any new production. Jonathan Pryce as King Lear is an irresistible premise, and in that sense the Almeida production doesn’t disappoint.

In fact, Jonathan Pryce is extraordinary. I don’t have the knowledge or inclination to compare him with other King Lears, but the fact remains I found him incredibly moving, his Lear full of “rage against the dying of the light” and increasingly desperate that he exhausts himself out of his sanity. In Act 2, Scene 4, when Lear confronts Regan about the treatment of Kent, his rage was so infused in sorrow that I felt myself going cold. This is only the second time seeing Jonathan Pryce on stage (the first time was in the Donmar production of Dimetos a couple of years ago, and I didn’t like that play), and his immediacy and emotional power alone are reason enough to see this production.

Jonathan Pryce is matched by Clive Wood as Gloucester and Ian Gelder as Kent. Clive Wood, a big man and a very powerful presence, makes Gloucester a faithful and unwavering subject to the king, whose fate is all the more moving because his physicality is so imposing. Ian Gelder plays Kent as if he is of the same stock as Lear and he understands him in a way that he can’t understand himself. The three of them are at the centre of the best scenes in the production. END_OF_DOCUMENT_TOKEN_TO_BE_REPLACED