I was going to start the review in some flippant way – Old Vic versus Young Vic, mine is bigger than yours, the fear of the theatre goer before the 3.5 hours production – but Benedict Andrews and company put a stop to all that. A Streetcar Named Desire at the Young Vic has such a strong grip on the senses I could feel its salty whiskey taste in my mouth. It’s rare and savage and addictive.

Tennessee Williams’ play pushes all my buttons, and not in a good way: domestic violence, rape, self-delusion, it’s hard to ignore the urge to shout: get out, snap out of it, run away. Benedict Andrews’ production magnifies these moments in all their horror while giving the characters a measure of personal worth free of judgement. These people don’t care what you think. But they make you care.

Stanley is a simple soul but the total committment with which he lives that simplicity is intoxicating (in both meanings of the word, both exhilarating and unhealthy). Ben Foster inhabits Stanley unapologetically. The ferocity of his ways is not limited to physicality. It fires and illuminates every corner of his soul, including an inarticulate but fiery intellect. His one moment of unconsciousness, in the bathtub after the poker game, he looks like the famous painting of Marat in his final moments. Ben Foster’s Stanley will never be still or he is dead. 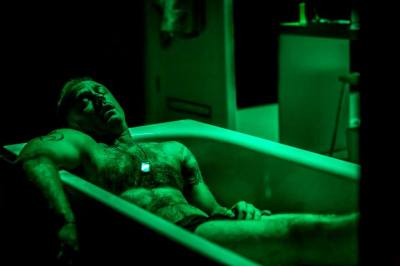 In other productions, the story is driven by the ill-fated, ill-advised attraction between Blanche and Stanley. Not here. The real focus is Stella, who both characters want to possess and devour (in Stanley’s case, almost literally: the coup de foudre between Foster’s Stanley and Vanessa Kirby’s Stella is all-consuming). Kirby is alluring, a housewife with the soul and movement and protective instincts of a lioness. Her tragedy is she doesn’t know who to protect: Stanley, her sister or her newborn baby.

Corey Johnson’s Mitch is touching in a pure undiluted way. He is alert and insightful and his clumsy courtship of Blanche is endearing rather than graceless. It’s obvious why he deserves her, although it’s not immediately obvious why she deserves him. Mitch is the one character who could have got away and in some ways, his is the biggest tragedy of all.

The story has been transposed to a modern era, not quite up to the moment, but the end of the 20th century. It makes more sense than one initially expects: Blanche’s talk of telegrams and telephone operators starts as an affectation and ends as a sign of madness. The set, three rooms with no walls where everyone (including the audience) sees everything, is exposing but not liberating: we watch rats in a cage, running around their tiny lives and dreaming of something else. The place suffocates and disorients. We often hear voices and shouts from all around us: the characters enter this dead-end place from all over and they will never be allowed to leave. It’s literally an arena: the signs and repercussions of violence are revisited more than once and it’s the way these characters live their lives. 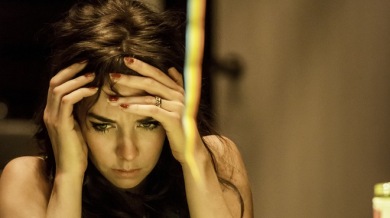 The set exists in a constantly moving revolve, like a science experiment we all watch. While the staging mostly pays off, it also creates problems: due to the practical requirements of the revolve, there is often dead space between audience and the performers. Other problems are more of an artistic choice: the music is superbly chosen, a grinding blast of modern and New Orleans’ sounds, but using Chris Isaak’s Wicked Game felt a bit of a cliché, as did Blanche swilling whiskey from a bottle. But these are small fleeting moments and easy to forgive.

At the back of A View From The Bridge, the Young Vic theatre almost repeats the feat with this production of Tennessee Williams’ A Streetcar Named Desire. Is it as good? I don’t know. The question is irrelevant. It’s its own magical thing. Blanche DuBois would approve.